East New York: The Light Under the El 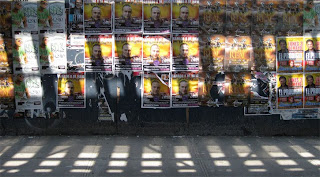 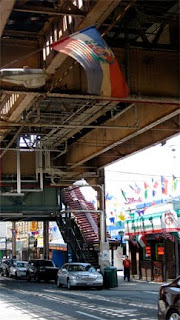 Dominican Flag
Digital photograph
May, 2010
My compatriots in East New York are very fond of their flag. This one is of a type I'd never seen before; the central shield overlaps the red and blue fields, rather than remain neatly ensconced within the center of the white cross, as in the traditional design. 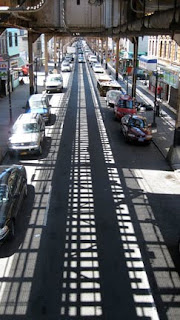 Fulton Street Under the El
Digital Photograph
May, 2010
Posted by Manuel Macarrulla at 10:20 PM